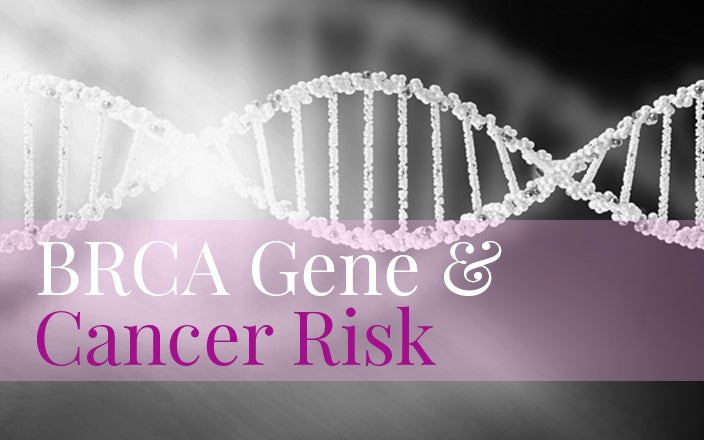 The BRCA Gene: What Women Really Need to Know

BRCA sounds pretty scary, but, in reality, all humans have BRCA1 and BRCA2 (Breast Cancer genes 1 and 2). In fact, when these genes are "normal," they actually help us. They produce tumor suppressor proteins that help repair damaged DNA, thereby playing an important role in ensuring genetic matter in cells remains stable.

The trouble comes when these genes are mutated or altered. When this happens, the protective proteins are either not produced at all or don’t function as they should. As a result, cells are more likely to develop additional genetic alterations, some of which are linked to cancer. Experts estimate between 1 in 300 to 1 in 800 people carry one of these harmful mutations. The prevalence is much higher in some populations, such as Ashkenazi Jews. Both men and women can have mutated or altered BRCA genes, with a 50% likelihood of passing them down to their children.

Several studies have shown not all BRCA mutations equate to the same cancer risk. A BRCA1 mutation in which a small glitch caused a protein to have the wrong amino acid was found to increase breast cancer risk from 59% to 69% by age 70. This was also the case for mutations in which the gene skipped some steps in making a protein, and a mutation associated with Jewish heritage. A particular kind of mutation causing the protein to be truncated in BRCA 2 was associated with a relatively low 40% risk of breast cancer by age 70. Researchers concluded these findings may influence risk assessment and cancer prevention decision making in individuals with these mutations.

Who Should Get Genetic Testing for the BRCA Gene?

On May 14, 2013, Angelina Jolie wrote a New York Times editorial in which she eloquently spoke about having a faulty BRCA1 gene and her decision to undergo a prophylactic (preventive) double mastectomy. This greatly increased public awareness of hereditary breast cancer and preventive surgery. Research also showed the editorial was associated with increased genetic testing equating to 4,500 more BRCA tests among commercially insured adult women in the 15-day period following publication. Mastectomy rates actually decreased in women who had genetic testing, from 10% in January-April 2013 to 7% in May-December 2013.

It’s clear the celebrity factor impacts healthcare decisions, but who should undergo BRCA testing? Only people who are deemed at high risk should have this testing. A genetic counselor can help people figure out if their family history suggests an inherited pattern of breast and ovarian cancers. You can do a self-assessment at KnowBRCA.

Coping with Hair Loss During Chemo

Preventive Mastectomies: What you need to know