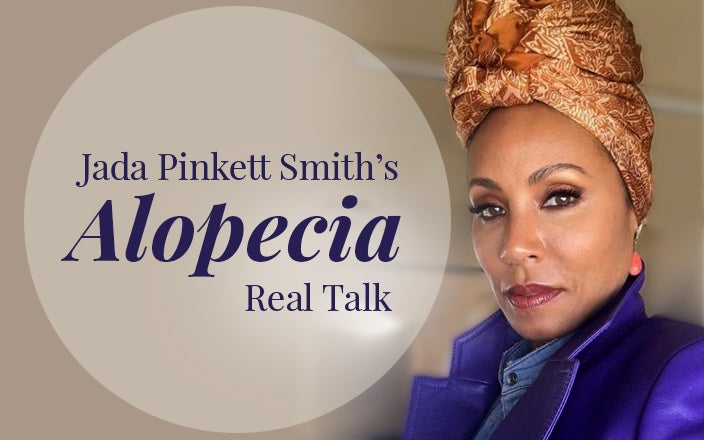 With her confident pixie cut and glamorous head wraps, Jada Pinkett Smith looks as fabulous as ever. The celebrity revealed the reason behind her latest fashion choices on a recent episode of "Red Table Talk".

“Well, I’ve been having issues with hair loss," said Pinkett Smith. "It was terrifying when it first started. I was in the shower one day and then… just handfuls of hair, just in my hands.”

Pinkett-Smith bravely opened up about her experience with hair loss, describing her fears and insecurities to her audience.

“It was one of those times in my life where I was literally shaking with fear,” she continued. “That's why I cut my hair and continued to cut it.”

Thank you to everyone who’s reached out after our last episode of @RedTableTalk ?✨

Despite multiple tests, it is yet unknown why Pinkett Smith's hair is falling out. There are many reasons for unexpected hair loss in women; hypothyroidism, changing hormones, vitamin B deficiency, protein deficiency, anemia, physical trauma, emotional stress, and autoimmune diseases such as lupus are all common culprits.

Alopecia areata is an autoimmune disorder in which the immune systems sends white blood cells to attack hair follicle cells, causing the follicle to shrink. It causes hair loss on the both the scalp and the body. The disorder, which affects approximately 6.6 million people in the U.S. and 147 million people worldwide, can appear and resolve itself without reason or warning at any point in a person's life.

Central centrifugal cicatricial alopecia is a scarring alopecia in which inflammation of the scalp destroys the hair follicles and replaces them with scar tissue.

On the other hand, traction alopecia is not a medical condition. Instead, it is caused by tight hairstyles that pull the hair.

Unfortunately, research shows that black women are more susceptible to alopecia—especially central centrifugal cicatricial alopecia and traction alopecia—due to genetic factors and beauty routines such as braids, weaves, and perms. In fact, a recent study from Boston University surveyed close to 6,000 African-American women and found that over 47% had experienced some form of hair loss, with the leading cause believed to be central centrifugal cicatricial alopecia. However, only 8% sought treatment. This is likely due to two things: 1) some women feel embarrassed by their hair loss and are too afraid to seek treatment, and 2) women have a lack of knowledge about hair loss.

Pinkett Smith, however, is treating her alopecia with steroids. Many women do not know that there are treatments available, and Pinkett Smith is making it known that alopecia treatments are a viable option. However, if you do choose to treat your alopecia, know that there are many methods for "treatments" that are expensive, ineffective, and sometimes dangerous. Exercise caution and make sure to seek advice from a licensed dermatologist.

After hearing Jada Pinkett Smith candidly discuss her experience with hair loss, we can't help but love her even more! Her openness about losing her hair has brought awareness to an issue that is rarely discussed, but affects thousand of women of all ages across the world.

Fam, Episode 2 of @RedTableTalk is ready for y’all and this time we’re talking loss. Loss of loved ones, loss of what’s treasured, loss of one’s self. Come check us out, link in bio.

Pinkett Smith has become a role model for women with alopecia. Her talk about hair loss shows that it is okay to be scared and insecure, but alopecia is nothing to be ashamed of. Simply knowing that Jada Pinkett Smith has hair loss is inspiring, proving that women are beautiful regardless of their hair.

We absolutely love that Pinkett Smith used her alopecia as an opportunity to up her style game. “When my hair is wrapped I feel like a queen,” she said. “I love having a wrapped head.” We think she looks like a queen, too! Get her look with these head scarves and turbans. 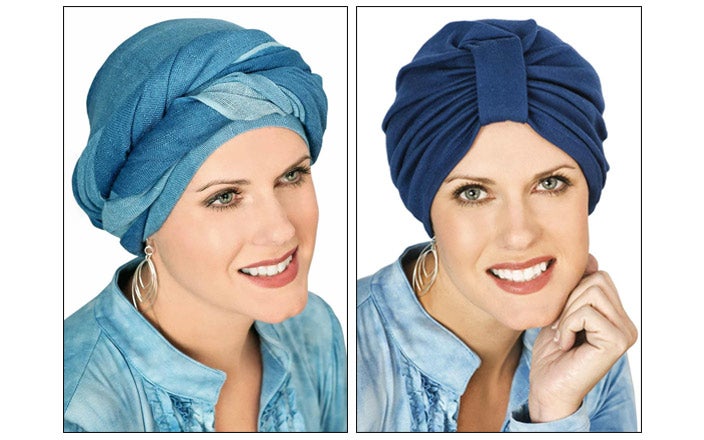 So, thank you Jada Pinkett Smith for having the bravery to tell the world about your hair loss. We think it will have a real effect on the way women think about alopecia.

How Alopecia Changed Me

What is Eyebrow Microblading

10 Comment(s)
Jacqueline
My journey with alopecia has just begun. Last week I cut all of what was left of my hair off. I'm a woman of faith and much prayer. I'm also very human and the whole experience made me cry. My husband is very supportive and I"m taking it one day at a time.
Jada, thank you so much for starting the conversation and making it easier for those of us going through this journey.
Reply Jun 26, 2019 21:10
Barbara Hill
My journey started March 2016 Breast Cancer! In what a journey six months of hard chemo, surgery, six weeks of radiation and nine more months of prevent it chemo and I was bald as an Eagle! But though it all I’m blessed to believe didn’t care about what others thought about my head, I was a walking miracle and was proud of it. So ladies stop worry about loosing your hair as long as God let you see another Day just rejoice and be grateful in it, our hair Don’t determines who we really are, we are beautiful with or without hair that’s just how God made us when God put Adam to sleep to remover one of his ribs to create woman and when he woke up! I can image, he said WoW! She’s Beautiful.
Reply Oct 18, 2018 09:24
Lynne Colby
I am starting my "journey" with chemo and will lose my hair. I have ordered scarves and accessories but just wish I could find some with fullness. I have a round face and I look like a basketball with a scarf on! HA! Anyhow, here's to all of us...we're beautiful no matter what!
Reply Jul 31, 2018 14:49
Cheryl Wilson
I have experienced hair loss for the last 20 years & have given up on it ever growing back. Its miserable wearings wigs!! I wish there was a cure. Thanks for sharing.
Reply Jul 25, 2018 11:22
Toni Jessop
I have alopecia but don’t cover. Wraps don’t even stay on girlfriend. For several years I have assisted women in transitioning to their beautiful states of baldness. So I shine on.
Reply Jul 10, 2018 19:55
Patty Taylor
Jada, thanks for sharing your struggles with us. I have been battling hair lost for years now and the doctors don’t know why but it has taken away all my confidence, a lot of people say it’s only hair yes until you start to lose yours. I wear wigs when I go out I can’t do weaves anymore because it gives me bad panic attacks.
Reply Jul 04, 2018 10:08
Connie Sanders
Thanks Jada, I started with hair loss a few years ago and have tried everything. Nothing works. So I have excepted it. Invested in scarfs and wigs. But hate them. But I like your hair scarfs. Thank you for encouraging women. Love you always. ❤️
Reply Jul 03, 2018 10:34
Debra
Hi Jada:
I went through the same thing. The blessing for you is you could see your hair loss. My hair just dissolved, never any hair loss in the comb. Years of saying it was braids, tight hair styles. My health was good. I continuously have the injections when there is activity and the scalp is sore. The end result, is it will come and go and you will have to get comfortable with how short you can live with your hair. I have had my hair cut really low and I was surprised of all the support I received. Mostly from my supervisor, doctor and hair stylist. You will get through it. It's up to you because in the end, they really don't know the cause. I am apart of Kaiser and the interns have tried to study my visits. I want to find a cure, so I allowed it. Bless you. Maybe something will happen with your celebrity status. God bless
Reply Jul 01, 2018 19:27
Betty a Rogers
Jada, love the scarves wish I could order them, they are beautiful
Reply Jun 29, 2018 17:41
Brenda Dorsett
Thanks for sharing, CAUSE I'm battling WITH THE SAME.
Reply Jun 29, 2018 16:50
Load more comments
Copyright© 1994-2020, Headcovers Unlimited, Inc. All Rights Reserved.