Recent Posts
Blog Categories
Search Blog
Search blog
About This Blog
Inspiration and fashion tips for women. Empowerment for cancer patients, women with hair loss and anyone who wants to look and feel her best.
Blog Categories
Recent Posts
7 Reasons Why You Should Be Sleeping on Silk
5 Unexpected Things That Cause Hair Loss
20 Celebrity Inspired Wig Styles to Try in 2020
Top Eyebrow Trends of 2019
All About Nioxin: What You Need to Know
5 Ways Pets Can Help Cancer Patients
8 Ways to Care for Your Scalp During Chemo
How Cooking Can Ruin Your Wig (And How to Make Sure it Doesn't!)
How to Make a Wig Less Shiny: 6 (Must Try!) Expert Tricks
"Awareness is Over": The Problem with Breast Cancer Awareness Month 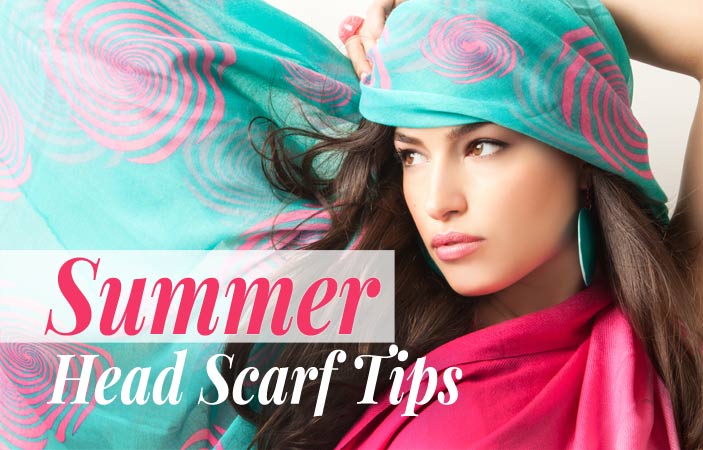 In the hit television show Gracie and Frankie, Lily Tomlin’s character, Frankie Bergstein, looks radiant wearing a vintage orange print head scarf. Her character is one of hundreds who have embraced the great look of summer scarves on the little and big screen – from the hip turban scarf Sarah Jessica Parker (Carrie Bradshaw) wore in Sex and the City – to the beautiful chiffon print head scarf Susan Sarandon (Louise) rocked in Thelma and Louise.

Indeed, scarves aren’t just a warm weather accessory. Scarves not only add pizzazz to your summer wardrobe, but also keep your head cool from the blazing sun, cover up neck wrinkles, and look smashing draped around a lovely sun dress. During summer months – think silk, chiffon, fine weaves, and traditional cotton bandanas. The addition of a silk head scarf can transform basic capris or skirts into something special, while flowing long neck scarves can glamorize dressier outfits. If you’re wearing a solid color outfit, choose paisley, flower, animal, or geometric prints. If you’re wearing a print dress, a solid-colored scarf will complement this without clashing. Head scarves can be in the same color palette as your outfit, but neck scarves look better if there is contrast, so a slightly darker, patterned scarf can add panache to a muted beige dress.

Open up the scarf fully, placing one edge along the forehead and bringing the other edge to the back of the head, so it fully covers your head. Grab both ends with each hand and make a knot at the back of the head, making certain each end is even. Grab the knot and move it to the side of your head and tie a large bow. You can also let out one side of the bow to create a more casual vibe.

Fold a large scarf in half to make a triangle, drape it around your shoulders as you would a shawl, and tie mid-chest with a double knot.

Place a long, rectangular scarf around your neck so it hangs evenly at either side, then put a slim, neutral-color belt over it around the waist. This style has the added bonus of slimming the midsection by diverting attention away from your hips.

Place a long, sheer silky scarf around your neck so the two ends hang evenly. To create one long loop, join them by tying a small knot. Halfway along the loop, cross the scarf over to create a figure-eight, pass the bottom loop over your head to create a loose cowl, with the knot at the back of the neck.

Place the scarf around your neck, leaving one end shorter than the other. Hold the short end firmly in one hand then start twisting the long end, wrapping it around the neck as you twist. When there is no fabric left to twist, neatly tuck the ends in at the back – presto, you’ve created a beautiful statement necklace in a matter of seconds!

Fold the scarf diagonally in half to form a triangle and wrap around your neck twice. Tie the two loose ends together in a knot, concealing it underneath the bulk of the scarf. Arrange the ends to lie flat, forming cute little bunny ears at the bottom.

For additional tips on how to select and tie scarves, click here.

4 Comment(s)
Sharon Jackson
In warm weather, I'm always looking for a silk scarf idea to keep my head cool, and as an alternative to wearing a wig when it's hot outside. The first one above, Slim head wrap, works really well. Do you have others?